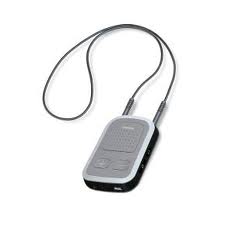 My friend JC has a cell phone that works with his hearing aid using some Bluetooth technology. Lately, his Bluetooth device has had its time and was sent to the shop for repair. While waiting for the fix, JC is happy that he could still use an app installed on his smart phone to caption his call conversations. I set up “Innocaption” for him a few years ago, something he did not think he needed at the time!

Since his wife moved to a home, JC is now living by himself. He is one of the few who are using a CareRinger smart light to remind him of his medication when it’s time. He doesn’t think he needs it, but his daughter thought it would help her because a few times she had to call the police to check on him. That was when JC was not answering his call while his cell phone was being charged. She could have felt more assured if she knew JC had checked-in earlier. CareRinger is now set up to contact her just in case.

JC recalled how his daughter got him so worried when friends from her college told him she missed school and was nowhere to be found. I also remember that when my daughter graduated from college, I asked her to assure us so we don’t have to worry about her. That was a while ago. The table has since turned. Now they ask us to do the same.

The Table has Turned, Time to Check-in